The Yumba-Meta Limited Board is focused on the organisation’s quality improvement, sustainability, and sound financial and governance practices.

Yumba-Meta Limited is governed and lead by its Board of Directors in accordance with its company constitution and other appropriate laws and regulations.

The Board has an oversight role in setting strategic direction for Yumba-Meta Limited and monitoring execution appropriately in meeting these objectives.

Yumba-Meta Limited currently has seven positions for Board of Directors who bring diverse range of expertise to this role.

Directors and management are committed to ensuring sound governance principles are maintained and applied in governing Yumba-Meta Limited. 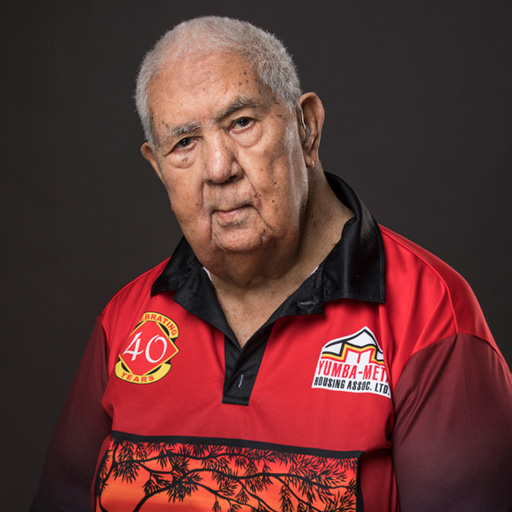 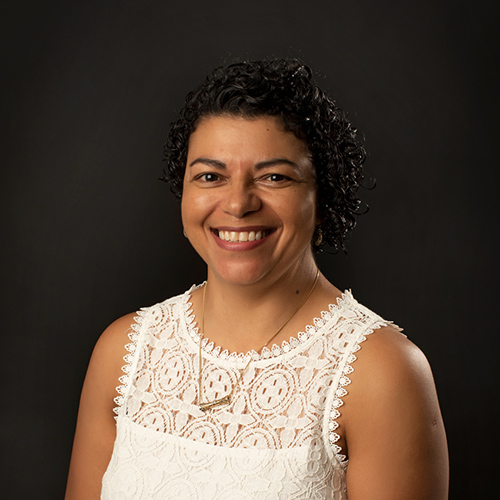 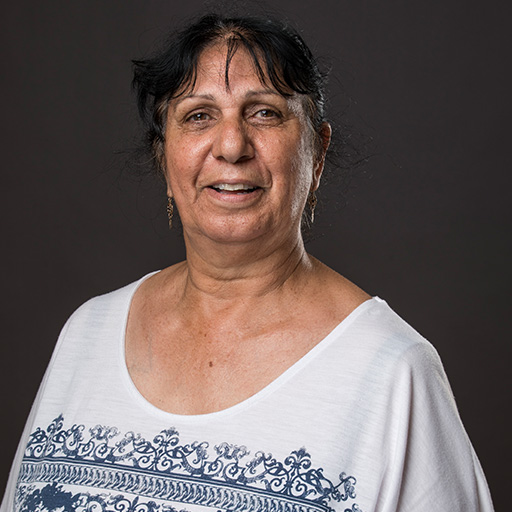 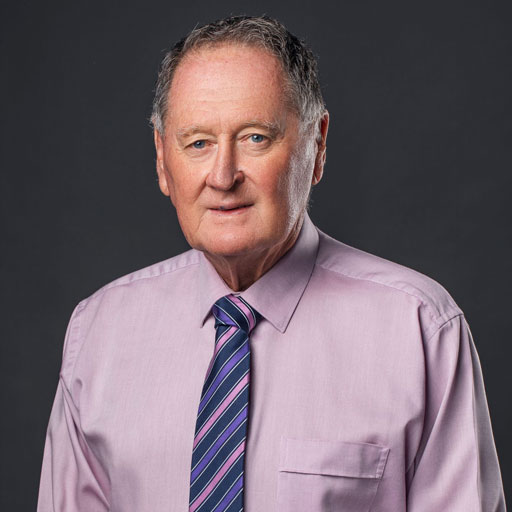 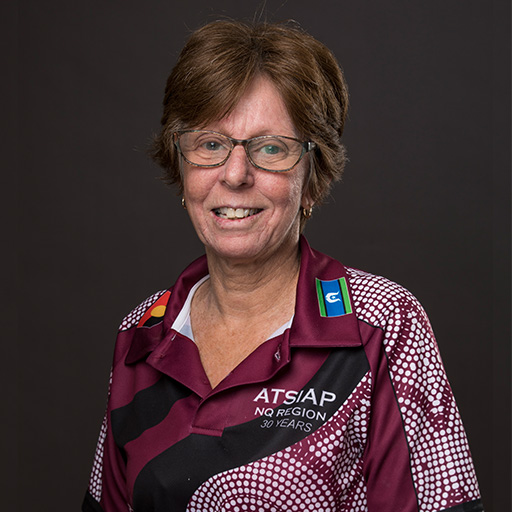 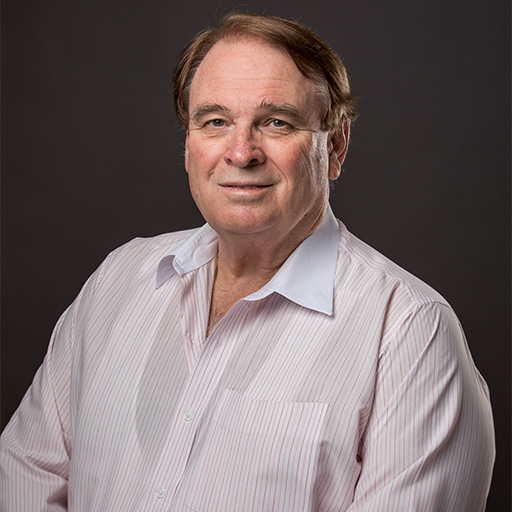 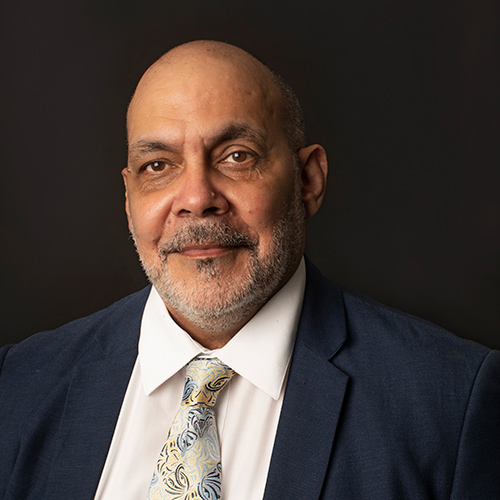 Vicki joined Yumba-Meta as Housing Manager in January 2021, bringing with her a strong background in public sector housing through her 20-year career with the Department of Housing.

This project involved Vicki managing and delivering the stimulus package for close to 400 community housing and public housing properties, for the Townsville Housing Service Centre for Department of Housing.

From 2016 to 2020, Vicki was the housing representative on the multi-agency Townsville Stronger Communities Action Group, a coordinated response to the issue of youth crime in Townsville.

As Housing Manager, Vicki’s priority is ensuring people have the opportunity, knowledge and supports they need, to sustain their tenancy.

In addition to Yumba-Meta, Ernie’s achievements are many, having helped establish the Townsville Aboriginal Cultural Centre, supporting Aboriginal inmates through the associated Legal Service for 30 plus years, addressing educational disadvantage with the Headstart Kindergarten program, ongoing work with the Seniors Safety Group of the Townsville Safe Communities Project, along with fund raising for the local Leukaemia House.

Though his community service and leadership positions over the years are immeasurable, his efforts are somewhat reflected in his rich collection of accolades, including being acknowledged; as a Queensland Senior Citizen of the Year, a Distinguished Past Student of Townsville Grammar, with an Honorary Doctorate, and, most stunningly of all, with a Medal of the Order of Australia on the Queen’s Honours List.

During her 22-year career at James Cook University, Karen spent five years with the Division of Tropical Health and Medicine and 17 years delivering executive support to three different Vice-Chancellors. She worked closely with the Indigenous Advisor to the Vice-Chancellor on various projects including the Reconciliation Statement launches on JCU’s campuses and study centres.

Karen has also delivered executive support to the Uniting Church (Shalom College) Board, Principal and management team, and worked as a project officer for Palm Island Aboriginal Shire Council.

Joining Yumba-Meta Limited in 2020, Karen delivers executive support to the CEO and executive team. Her commitment to efficient, streamlined work systems and attention to detail makes her a valuable asset.

Karen is also a Justice of the Peace (Qualified), and has volunteered with Make-A-Wish Foundation and the Stockland Social Good Initiative.

Muriel Bin Dol is a Zenadth Kes (Torres Strait Islander) woman, born on Thursday Island and with strong ties to Townsville where she has lived, predominantly, since 1988.

Muriel is a graduate of the Public Sector Management Program, via QUT School of Business, and brings 20 years’ experience with government where she worked in various roles delivering services to people at risk of homelessness, managing compliance and quality assurance, and at the executive management level.

Well-known for her community service, Muriel has served on a number of volunteer committees, and has supported the Townsville NAIDOC committee and Mabo Day working groups.

She is inspired by the example of her late mother Eileen Kable, who was a foundational staff member at Reverend Charles Harris Diversionary Centre from 1997 to 2008 before succumbing to illness.

In 2018, Muriel was the inaugural Guest Editor, for the Townsville Bulletin NAIDOC Week edition. During this time, she secured an ongoing commitment to publish a daily Acknowledgement of Country message.

Yumba-Meta Limited is Muriel’s first Board appointment. She looks forward to working with the Board, and CEO to deliver continued access to quality housing and culturally safe support services.

Max Lenoy is a Jirrbal, Warungnu and Kuku-Yalanji man with ties to both Palm Island and Yarrabah. He has worked in Indigenous education since 1990 as a teacher, curriculum designer, manager and academic. He graduated with a Bachelor of Education (Primary) from James Cook University. He completed an Education Masters at the Harvard University Graduate School of Education and the Sloan School of Management (MIT). He is the Executive Manager of the CSIRO Indigenous STEM Project and has previous governance experience with positions in educational and non-profit youth organisations.

The Hon. Peter Lindsay OAM is an experienced Community Advocate, Chairperson and Committee Member who joined Yumba-Meta Limited’s Board in 2020. To this role, Peter brings special insight into lawmaking and governance.

While politics has dominated his career, Peter actually started out working in television, progressing through engineering, production, news, editorial and executive roles, before switching gears and running his own electronics business for 25 years.

In 1985, Peter was elected as Councillor to the Townsville City Council which launched a five-term career to 1996 when he moved to Australian Parliament, as Federal Member for the electorate of Herbert. Peter held this position for five terms also, until 2010. In 2007, Peter was appointed Parliamentary Secretary to the Minister for Defence, moving to Shadow Parliamentary Secretary until 2010. Throughout his parliamentary career, Peter represented Australia in Indonesia, Vietnam, Laos, Pakistan, Federated States of Micronesia, United Kingdom and the United States.

At Board level, Peter’s experience spans education, IT services, mining, a youth-focused diplomacy program, and both State and Commonwealth government tribunals and committees.

He has served as: Deputy Chancellor to the James Cook University Council; Chair of Guildford Coal; Foundation Chair of Global Voices; Member of the Defence Honours and Awards Appeals Tribunal; and Member of the Gambling Community Benefit Fund. He currently serves as a Director of the Constitutional Education Fund of Australia; Chair of James Cook University’s Clinical Practice Building Trust; and Chair of Origin Net.

Some of Peter’s career highlights include: leading the community battle to establish the Reef Representative Areas Program, which engaged community and delivered a visionary new Zoning Plan for the Great Barrier Reef Marine Park; and being involved in establishing Left Right Think Tank, Australia’s first independent, non-partisan think-tank of young minds focused on a mission to involve young people in public policy. Peter is active within his community not only through his work, but as a volunteer. He is an Honorary Life Member and triple past president of the Rotary Club of Townsville Daybreak, and an Honorary Life Member and past president of the Townsville Amateur Radio Club.

In 2016, Peter was awarded the Medal of the Order of Australia (OAM).

Originally hailing from Charters Towers, and after a short stint in Canberra, Helen arrived in Townsville in November of 1979 in a role with Kindy Headstart.

She was the secretary on the TAIHS board.

During the same year, she was recruited as a TAIHS medical centre Board Member, eventually becoming a TAIHS Company signatory. By 1980, Helen started as a Family Aide with Lifeline, fulfilling roles as a telephone counsellor and also a coordinator for a women’s group and playgroup.

She eventually moved on to ABC Day Care, followed by some years at Shalom, before joining TAIHS in 1996 in what was meant to be a ‘3-month stint’ managing the Men’s Homeless Shelter.

“I was there for 20 years; I absolutely loved my job.” Invited to join the YML Board as a Director in 2000, Helen describes the longevity of professional relationships and combined intention over the years as having contributed to “driving the housing agenda for Indigenous People. We’ve come a long way.”

Michele Thompson, a Yumba-Meta Limited Board Director for some 17 years, is a proud daughter-in-law of one of Yumba-Meta’s founding members, Elsie Thompson.

Michele reports being inspired by Elsie’s example, who as a single mother, worked as an early advocate for Aboriginal and Torres Strait Islander rights, with particular regard to equitable housing access. Aside from raising five children of her own, Michele guides and works with Aboriginal and Torres Strait Islander children on a daily basis at Wulguru State School as an Indigenous Teacher Aide, and more informally, as a Community Education Counsellor.

Michele reports being very proud of Yumba-Meta, having “learned a lot along the way, from these elders that I’m privileged to know and work alongside.” When Michele’s not out there contributing to her community, she loves to stay at home, tending to her enviable garden.

Jan Burns is a Bwgcolman woman from Palm Island, born and bred in North Queensland, with strong cultural ties to North and North-West Queensland.

She completed her secondary schooling in Ingham, and went on to employment postings with Government organisations and private law firms.

Jan brings expertise in procedures, accounts and project management to the YML Board on a background of diverse bookkeeping and manager-administrative roles.

Starting as a Paid Clerk for an 80-employee strong business in her early career, she then moved into Legal-Secretary roles with ATSIL in Mount Isa, a private firm in Mackay, and then with the Office of the Australian Government Solicitor in Townsville.

In the latter, Jan oversaw the $30million Defence Housing Acquisition project while also working as the Selector of Public Monies (CPM).

She finally moved to the Department of Environment, Water, Heritage and the Arts (DEWHA), before retiring in 2010, the same year of which Jan joined the YML Board, where she continues in the Chairperson role to this day.

As a proud Aboriginal and Torres Strait Islander woman with cultural and spiritual ties to family in the Gulf, Torres Strait, Cape York and Townsville, along with being a YML board member for some 17 years, Dawn provides a crucial role in contributing to culturally responsive care for the YML organisation.

Dawn’s trajectory in the public health arena began when she joined Queensland Health in 1991 as a Health Worker in Charters Towers, before moving in 1996 into Nutrition Promotion for up to 16 years with the Tropical Population Health Network in Townsville.

From there, Dawn took up a position as a Maternal Health Education Officer and Health Worker, with the Townsville Aboriginal and Islander Health Service (TAIHS), before moving into a Senior Mental Health Worker position with Queensland Health.

Dawn’s depth of work history and strong commitment to professional development, including an Advanced Diploma of Indigenous Primary Health Care, has made her a valued member of the YML Board.

Recruited as a skill-based Director to Yumba-Meta’s Board in 2016, Douglas brings over 30 years of board-level experience as a Non-Executive Director, Consultant and Senior Associate across diverse industries.

With expertise in internal/external audit, risk management, financial management and governance services across the not-for-profit, public and commercial sectors both within Australia and internationally, Doug’s eminent skill-set has particularly informed and shaped the development of robust governance frameworks for YML.

Apart from being a Committee Member of various Boards, he has also served Company Secretarial roles, in Financial Accounting roles as a CFO and in C Suite Management roles as a Governance Expert.

He is a Fellow of CPA Australia, the Governance Institute of Australia and the Institute of Managers and Leaders. He holds a BBus in Accounting and an MBA in International Business.